HEY! I’M AN INDEPENDENT, DRIVEN CAREER WOMAN- AND I’M EXCITED ABOUT MY WEDDING. SUE ME. 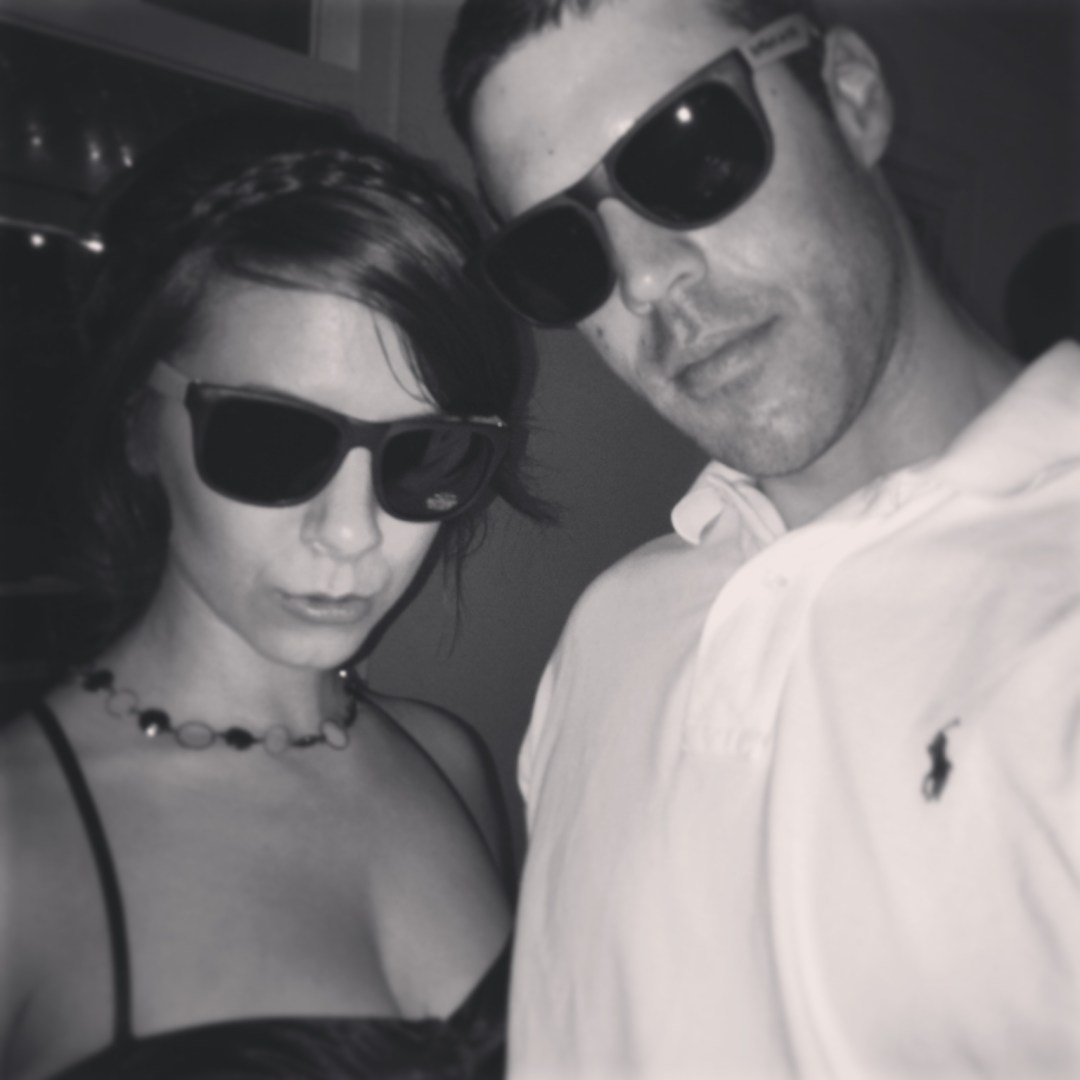 So This article has been going around lately.

Entitled, “Let’s Ban Weddings and Baby Showers-“ It’s preeety much a  manifesto against the modern wedding, saying, “I swear, weddings are the leading cause of divorce. If some girl wasn’t fulfilling her childhood fantasy of being a princess, holding court in the perfect gown with the perfect hair and perfect flowers, on a day dedicated solely to celebrating her ability to land a man, how much more effort would she put into finding the right mate, since the reward for doing so would be a lifetime together, rather than a coronation?”

Whoa. Hold up a second.

Seeing that I’m planning a wedding at the moment- I just have to express a slight disagreement with articles like this, especially as its so apropos to my life currently.

You know- let me just say I actually never dreamed of “the perfect wedding” my whole life as a little girl. So much so that now that it’s time to actually plan MY OWN wedding- it’s a little bit, well- overwhelming!

[And what’s more- let it be known that I despise the wedding “industry.” The driving force that makes you feel like you have to have chiavari chairs, a gazillion diy Pinterest crafts and 1,000 mason jars with those little stripey straws (I hate those.), an insanely expensive dress, the $70/a plate dinner, the feature post on Style Me Pretty, etc. All of those things are kinda unnecessary if you ask me.]

But hey- if it makes someone happy? Then go for it. Personally, I’d rather have a taco bar and have homebrew beer. (Yes these are actual plans we’re making) Needless to say- I’m definitely going to be an unconventional bride. But that doesn’t mean even I should judge a more traditional one just because that’s what she wants.

Iit’s frustrating to see so many articles these days bashing weddings and marriage and making fun of engagement posts, etc. because you know- I’ve BEEN in the position to have horrible relationship experiences, I’ve BEEN the bitter person who thought I’d be destined for cat-lady-dom. I’ve BEEN the girl who thought getting married was just “settling.” I probably would have written one of these articles myself at some point in my life.

Basically, I used to always put my career/studies first. Dealt with a few jerks. After I graduated college, I moved to the city and got an apartment on my own. I was independent! I was fearless!

And I was really lonely.

The funny thing is- since being with my current fiance- he’s helped me change the snarky, selfish outlook I once had.  My career has actually PROPELLED significantly, and I’ve developed new thoughts and goals I’ve never had before. He encourages me. We work together as a team and help each other succeed. It’s not just “settling” for this quaint, domestic life that so many people like to think. (And who am I to judge anyone for wanting a quaint, domestic life, anyhow?)

No- marriage shouldn’t be about settling, but I think it’s about about finding that person that can help you grow into someone you never thought you would be! It’s not about giving up adventures, but about having someone to go on adventures WITH. I will be honest with you and say I wouldn’t have progressed as much as I have now if it wasn’t for Kyle in my life! I actually wouldn’t have this blog at all, I guarantee you that!

All of these negative, judgmental blog articles that have come out recently fail to see that there are SO many ways to grow as a person- single OR not single. It doesn’t matter! Just because I’m getting married doesn’t mean I’m going to turn into June Cleaver or anything. Marriage is not going to be my entire identity. But it’s an awesome thing to let another person in completely in that way and it’s a chapter of life that I’m excited about and actually ready for. (And yes, you should be READY for it. But who am I to say what age one is ready?)

I feel like at this point in my life with all the crap I’ve gone through, gosh darnit- I’m allowed to enjoy finding a guy who I feel like I can spend the rest of my life with!

Our wedding will be small, but it’s still a wedding. It’s a celebration of 2 families coming together and I’m so grateful for that. No, it’s not going to be extravagant, but it will be beautifully personal. It’s not about fulfilling any stupid princess fantasy- to me it’s about having a big ole’ party with all of our closest family and friends.  And I don’t even think the wedding is the “brides day.” It’s for both of us. For our families.

And no,  I don’t feel like it’s an “accomplishment” to get a man. I just happened to find someone that will put up with my craziness while helping me be a better person. And I think that’s enough to be celebrated!

So while yes, I agree that many people focus too much on the wedding and not on the marriage, this isn’t the case with everyone. We just have to be careful to generalize ALL brides because we’re not all crazy. 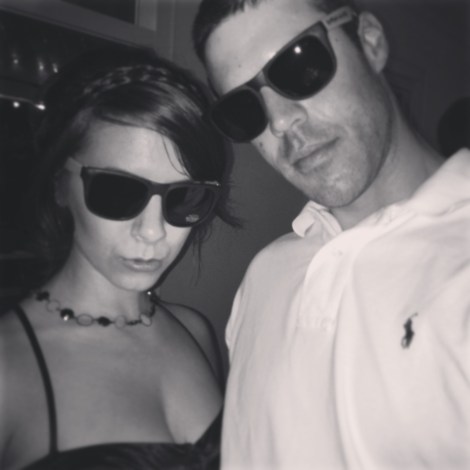 And as a disclaimer, no I don’t think marriage will solve all your problems, nor should be it be something women should *aspire* to, necessarily. Just do what’s right for you. But don’t feel like just because you’re in a rut- that anyone now getting married is now the spawn of Satan and they’re destined for an unhappy life or is making the worst decision EVER. It’s really not your place to decide that for them.

It’s also important to remember to not be afraid to be vulnerable every once in awhile. You can spend your whole life shutting people out if you’re not careful. It’s not worth it!

Embrace love if you can. That’s always worth it. 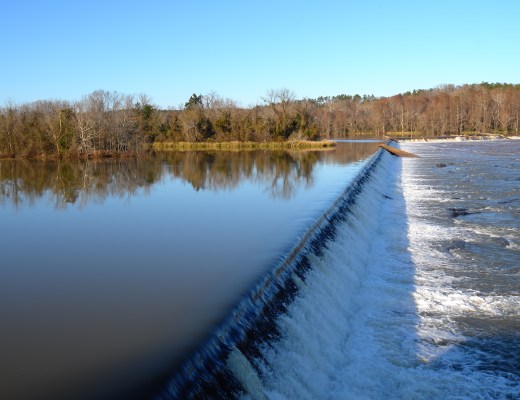 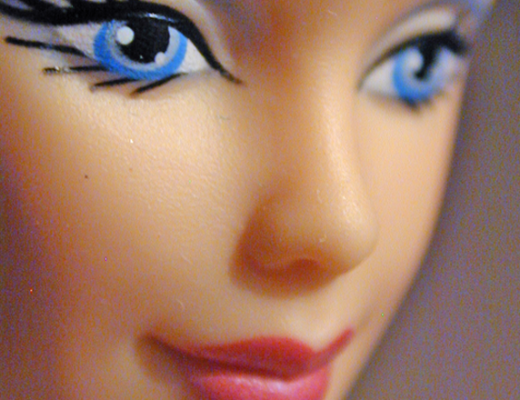