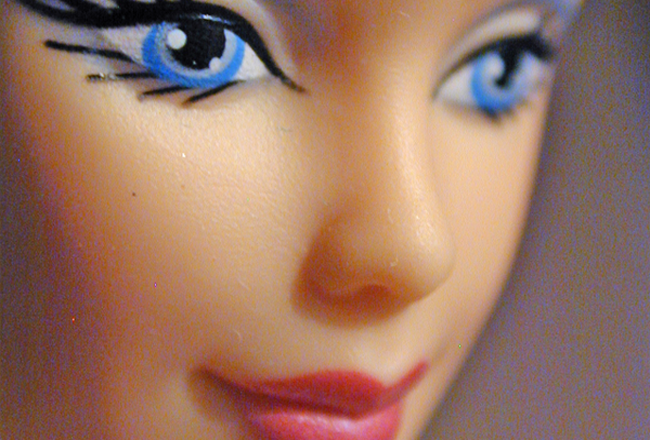 You know when you over-indulge on every sweet morsel you can get your hands on and soon you start craving an IV drop of greens to get out of your sugar-coma?

Well, I feel like in our collective society, people are feeling this away.

Except it’s not an aversion to sugar- it’s an aversion to “perfection.” And a desperate yearning for something real. A solace from the repeated messages of objectification of women, starvation diets, and “Barbie” look-a-likes.

I think we are finally all collectively craving realness instead of manufactured crap. And it’s about time.

It’s just because now it’s getting ridiculous. We are all learning how much photoshop is really used. (Even though I don’t mind it, and here’s why.) People are spending thousands of dollars on plastic surgery to look exactly like Barbie. ANd not only look like Barbie- think like her too. Wait. What? Read on:

“I just want to be the ultimate Barbie. I actually want to be brainless,” Blondie Bennett, 38, told Barcroft TV. “I don’t like being human, if that makes sense… Natural is boring… I would love to be like, completely plastic.”

“I actually want to be brainless.”  Wow.

An article from the Huffington Post, it states:  “she’s undergoing hypnotherapy sessions two-to-three times a week in order to dumb down her thoughts. She says it’s working. “I’ve had 20 sessions and I’m already starting to feel ditzy and confused all the time.”

This almost seems like satire. Like I didn’t want to believe it’s real. But sadly, it is.

But you know what, who made Barbie the ideal woman, anyway? Why do so many women and young girls want to look like her? To be honest, the problem isn’t with Barbie itself, it’s within our collective selves for not seeing our own beauty. And while I know right now there are people making realistic Barbie dolls and what have you- IMO it’s not necessary to “bash” Barbie’s  too-perfect hair and waist-size, but it’s about realizing- “Hey. I don’t look like a Barbie. I’m not society’s “ideal.” And that’s okay. I’m still beautiful.“

Just as we don’t need to bash Barbie, we don’t need to bash models or celebrities, either, saying “Real women have curves! Go eat a cheeseburger!” etc. Yes, it’s obviously ridiculous how society has upheld waif-like figures for years, but then again- we are society. We did this to ourselves.

It’s because WE haven’t yet learned to see our own beauty and self-worth. WE haven’t stopped attaching our self worth to our appearance. When’s the last time you heard a friend or female relative talk positively about her own body out of the blue? (Not related to a recent weight loss, I mean.) I would venture to say it’s probably hard to draw up a recent memory.

We are so conditioned to believe that we just aren’t good enough no matter what we do. No matter how many diets we try, how many exercise programs we commit to- we will never be good enough. I mean- even those at the peak levels of fitness- professional bodybuilders and fitness models- suffer extremely from body dysmorphia and have a very negative perception of their bodies. Crazy, right? It’s why many go into depression after their competitions in which they are given trophies for LITERALLY HAVING THE BEST BODY.

If that doesn’t tell you happiness doesn’t lie in our pants size, I don’t know what will.

The problem isn’t that we aren’t fit or thin enough. It’s that we don’t see our OWN beauty and our OWN self worth among the Jen Selters and Candace Swanepoels of the world. We try so hard to shrink ourselves and are afraid to truly express our personalities because we don’t feel like we measure up. We hide in the background and are ashamed of our cellulite. We don’t go to pool parties because of our little pooch in our tummies.

Another huge problem is that we place too much value on our appearance and not enough on trying to be the best that we can be. Why aren’t more women in society leaders, innovators, entrepreneurs, or CEOS? I have to think that we just assume we’re not good enough because our worth as women is so tightly wrapped in our appearance. And when you’re not confident in your appearance, well, naturally, confidence levels drop everywhere else. They have to. Because even the most powerful women in the business world will still be mocked for their outfits or hair no matter what they accomplish.

Yes, it’s frustrating. But I believe we can change this. 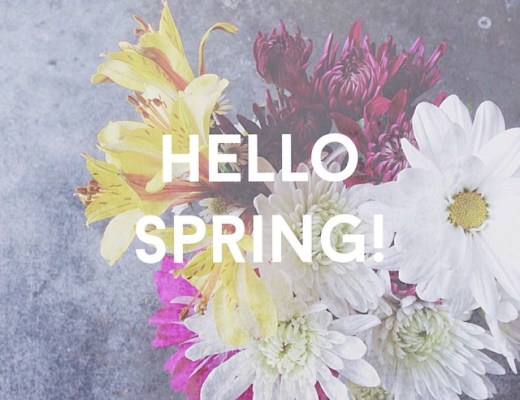 Getting a Little Personal…. The Changes of Spring, and Being Authentic to YOU